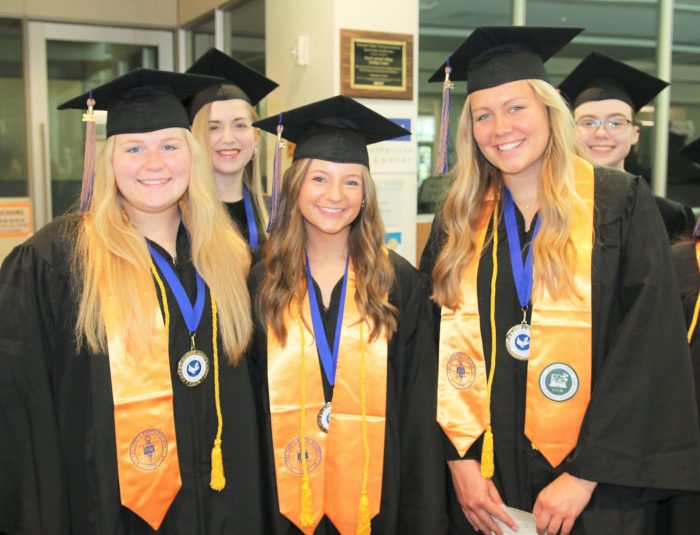 Collegebound students typically receive their high school diploma two to four, sometimes more, years before they walk across the commencement stage with a college degree.

But the last two years for 10 Union High School graduates has been anything but typical. 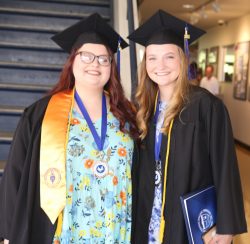 Technically, their college degree is tethered to their high school diploma, but these 10 graduates, seven girls and three boys, attended the ECC commencement ceremony May 14 and the UHS graduation was May 26. 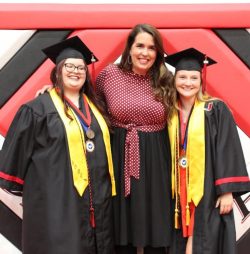 The misaligned milestones celebrate the grads successfully completing the ECA while earning 60 college credit hours, two diplomas and giving them a unique story to tell.

The first cohort of the ECA began with UHS juniors in 2020. This May was the culmination of that two-year experience.

“The first ECA class has graduated!” exclaimed Megen Strubberg, director of early college programs at ECC, who has overseen the program since Day 1.

ECA students attended classes at UHS and on the ECC campus with the goal of earning an Associate of Arts or Associate of Science degree, at the same time as, or before in this case, their high school diploma.

According to Strubberg, not only was the program successful in its goal of graduating the students, the 10 grads excelled at ECC and UHS.

“It was so fulfilling watching these students learn and excel at college life — both academically and personally,” she said. “Their hard work was reflected in their grades and their reputation for being active, present and involved on campus.”

Three students maintained a 4.0 college GPA at ECC, she said, and three of them were named to UHS’s Top 10 List of Graduates. 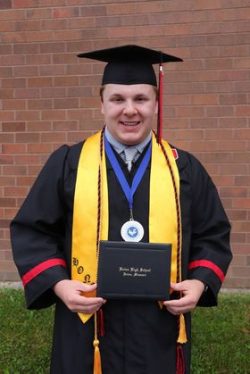 Strubberg noted that several of the ECA grads were awarded external scholarships, in addition to the scholarships from their destination school. 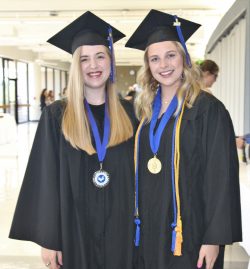 “Six of the 10 graduates shared their transfer institution award letters with us,” she added, “and those institutional scholarships totaled over $80,000.”

UHS piloted the ECA alone for the first year, but in the Fall 2021 semester, three other high schools — Washington, St. Clair and Sullivan — joined UHS juniors to make the second class of the ECA. There are 35 ECA students slated to graduate in May 2023.

Strubberg and her department learned several lessons since the program’s inception.

“The most important thing is that students must enter the program willing and ready to grow – both academically and personally,” she said.

“They may be challenged in ways they have never encountered before, which includes an increased demand on their ability to manage time, stress, and intellectual growth,” Strubberg added. “We have embedded these lessons in our revised information sessions, onboarding, and support throughout their time at ECC.”

Just like other first-term ECC students, the Academy students take a Falcon Seminar course, but the high schoolers have, “more frequent contact with supporters along the way,” she said. 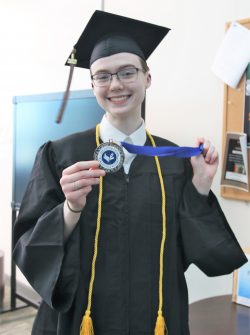 According to Strubberg, it takes a special type of student to participate in the Early College Academy. 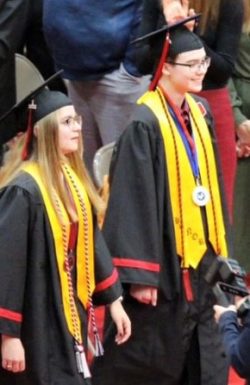 few,” she said. “These could be academic challenges or feeling overwhelmed by it all.

“One of the most valuable takeaways that students can learn is really a life skill more than an academic skill,” Strubberg added. “It is the importance of being a self-advocate and reaching out to resources and supporters early and often.”

For some, a significant challenge is entering the ECA at the top of their academic class in high school, but then hitting bumps in the road.

“They may get their first C, D, or even F on an assignment, which can be devastating in the moment,” Strubberg commented. “A student’s level of resilience, ability to learn and lean on supporters to push through that experience, course correct, and reengage in the course is what creates a successful ECA graduate.”

Anyone with questions can call 636-584-6723 or email Megen.Strubberg@eastcentral.edu. 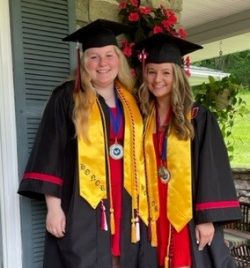