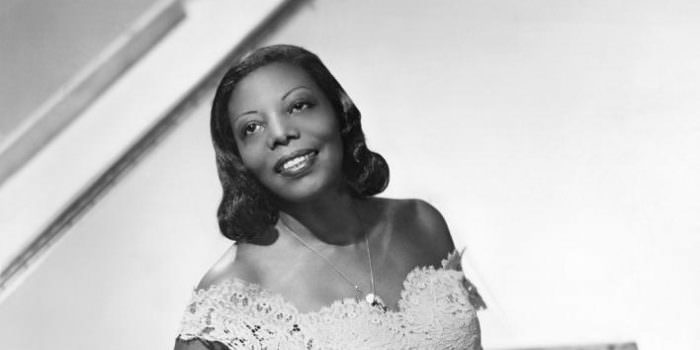 Add to Outlook   Add to iCalendar   Add to Google Calendar

The documentary Mary Lou Williams: The Lady Who Swings the Band will be on April 29, at 7 p.m. in ECC’s John Edson Anglin Performing Arts Center, hosted in conjunction with the ECC Jazz Clinic.

She was ahead of her time, a genius. During an era when Jazz was the nation’s popular music, Mary Lou Williams was one of its greatest innovators. As both a pianist and composer, she was a font of daring and creativity that helped shape the sound of 20th century America. And like the dynamic, turbulent nation in which she lived, Williams seemed to redefine herself with every passing decade.

From child prodigy to “Boogie-Woogie Queen” to groundbreaking composer to mentoring some of the greatest musicians of all time, Mary Lou Williams never ceased to astound those who heard her play. But away from the piano, Williams was a woman in a “man’s world,” a black person in a “whites only” society, an ambitious artist who dared to be different, and who struggled against the imperatives of being a “star.” Above all, she did not fit the (still) prevailing notions of where genius comes from or what it looks like. Time and again, she pushed back against a world that said, “You can’t” and said, “I can.” It nearly cost her everything.